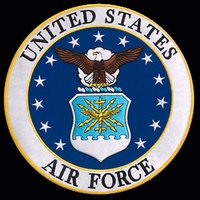 Gary R. Wroten, age 84, of Cookstown, passed away peacefully with loving wife by his side Wednesday, on February 26, 2020 at Samaritan Hospice in Mount Holly. He was born in Crisfield, Maryland to the late William and Lucille (Crocket) Wroten on February 2, 1936. During high school, Gary ran track and enjoyed playing the trumpet. After high school he enlisted in the US Air Force. He proudly served his country during the Korean War and the Vietnam War, retiring in 1980 as a Master Sergeant. After that, Gary worked as a Quality Assurance Manager at Thompson Lamination in Maple Shade, NJ for many years. He enjoyed fishing, spending time with his family and was a devoted member of the Fountain of Life Center in Burlington. Gary was a loving husband, father, grandfather and friend who will be deeply missed by those who knew him. Gary was predeceased by his parents. He is survived by his wife Joanne Wroten of Cookstown, NJ; his two sons Dan Clayville and David Clayville; his four daughters, Robin Josenhans, Melanie Milbourne, Valerie Colona, and Dawn Coons; along with several grandchildren, great-grandchildren and extended family members. Relatives and friends are invited to gather on Friday, March 13, 2020 from 11AM to 1PM at the Tilghman Funeral Home, located at 52 Main Street, New Egypt NJ 08533. A funeral service will begin at 1PM with inurnment to follow at the Brig. General William C. Doyle Veteran’s Memorial Cemetery in Wrightstown. In lieu of flowers, donations can be made in Gary’s memory to the Multiple Myeloma Research Foundation, P.O. Box 414238, Boston, MA 02241-4238.