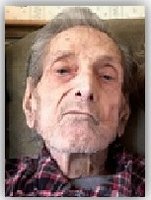 "His absence is like the sky, spread over everything" C. S. Lewis Dominic J. Chianese, Sr., age 95, passed away peacefully at home on Saturday, October 24, 2020 in Browns Mills, NJ. Dominic was born on June 9, 1925 and was a lifelong resident of Trenton, NJ before moving to Browns Mills. He was the husband of the late Sadie A. Chianese of 66 years and was the son of the late Giuseppe & Conjetta Chianese. Dominic was a devoted member of Browns Mills United Methodist Church where he made many loving friends that became his family. Dominic was a WWII veteran and a paratrooper in the United State Army. He was also a Recreational Employee for the City of Trenton for many years. Besides his parents and his beloved wife, Dominic was preceded in death by his daughter Mary Chianese; his son Kenneth "Kenny" A. Chianese, Sr.; and two grandsons, Richard "Ricky" Schumann and Kenneth "Kenny" Chianese, Jr. Dominic is survived by nine of his children; Dominic "Nick" J. Chianese, Jr. (Oksona) of Boiling Springs, SC, Donna M. Chianese of Pemberton, NJ, Sharon A. Chianese of Roebling, NJ, Christine C. Lopez (Jose) of Florence, NJ, Betsy L. Schumann of Bordentown, NJ, George E. Chianese, Michael J, Chianese, Joseph M. Chianese and Victor A. Chianese all of Browns Mills, NJ. He is also survived by his twenty two grandchildren; forty eight great-grandchildren; six great-great grandchildren; two sisters of Mary Chianese and Anna Chianese both of Hamilton, NJ; along with many loving cousins, nieces, nephews and his loving friends from Browns Mills United Methodist Church. We welcome all his family and friends to celebrate his life by leaving a memory. May the roads rise up to meet you, May the wind be always at your back, May the sun shine warm upon your face, May the rains fall soft upon fields And until we meet again May God hold you in the palm of his hand.