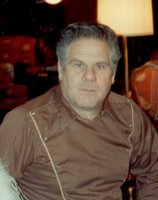 Richard H. Wawrin, age 79, of North Hanover Twp. passed away Saturday, June 12 at home. Born in Paterson, NJ in 1942 to the late John and Helen (Simirda) Wawrin, he lived in North Hanover for the past 17 years and formerly of New Egypt. Richard was a very active businessman, owning multiple businesses. He owned Maple Fuel Oil in Fairlawn and R&J Contracting with his brother Jack also in Fairlawn, he was a pool installer, owned the Busy B Ceramic Studio and finally he was a very successful Standardbred Horse Trainer with his Busy B Stables. Richard was also a longtime Volunteer Fireman with both the Washington Twp. Fire Co. in Bergen County and Randolph Fire Company in Morris County. Richard was predeceased by his parents, his brother Jack and a grandson Thomas. He is survived by his beloved wife of 58 years, Elizabeth “Betsy” (Bibbings) Wawrin; a son, Richard William Wawrin and wife Allison of Succasunna, NJ; a daughter, Terry Elizabeth Lagstrom of Waretown, NJ; seven grandchildren, April, Amber, Alyssa, Luke, Reese, Beau and Tamsin and two sisters, Lorrine Cravy and husband Les of Arizona and Jane Atkinson and husband Ray of Oklahoma. Funeral services and interment for Richard will be private at the convenience of the family under the direction of the Tilghman Funeral Home in New Egypt, NJ (www.TilghmanFH.com). In lieu of flowers, memorial contributions in Richard’s memory can be made to the Deborah Hospital Foundation (www.deborahfoundation.org/donate/).