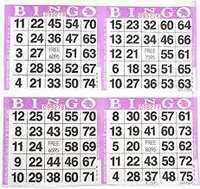 Janet D. McCurdy, age 87, of North Hanover since 2020, formerly of Texas since 1998 and Salinas, CA before that, passed away Tuesday, June 15, 2021 at home. She was born in Great Falls, Montana to the late Donald and Eleanor (Edmondson) McKenzie on July 26, 1933. Janet worked as an accountant for Deloitte and Touche in Salinas, CA. She enjoyed playing bingo, reading and doing puzzles. Janet was a loving mother, grandmother, great-grandmother, sister, and friend that will be deeply missed. Janet is predeceased by her beloved husband Neal Blake McCurdy; and by her parents Donald and Eleanor McKenzie. She leaves behind her five children, JoEllen Marcel of Culpeper, VA, Michael Paul McCurdy of Wildwood, FL, Kimberly McCurdy Frusco and husband Bruce of North Hanover, NJ, Katherine Diane Gray and husband Alex of Zionsville, IN, and Kelly Jean Barden and husband Tom of Plano, TX; twelve grandchildren; twelve great-grandchildren; and a sister Joanie Catract of Port Angeles, WA. Services for Janet are being held privately at the convenience of the family under the direction of Tilghman Funeral Home located in New Egypt, NJ. In lieu of flowers, donations can be made in Janet’s name to American Cancer Society https://www.cancer.org/.