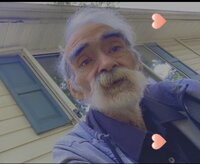 Daniel “Danny” Abraham Mann, Sr. was born on March 3, 1943. He is preceded in death by his Grandparents, Parents, Sister and Son. He is survived by his Wife Charlotte, his Daughters Mary, Tina, Yolanda and Shaniqua, 13 Grandchildren and 6 Great-Grands. Daniel was a quiet soul who enjoyed his “peace and quiet” through nature and cars. If he wasn’t fishing at a nearby lake or pond, his other passion included working on assembling model cars which he had a large collection. Daniel was very versatile in his craft, from repairing, mechanic work, renovating to maintenance. He took pride in his work, he could fix anything relying on his hands-on skills. He was a great teacher to those around him. A true artist at heart. Always able to recreate something new. His kind heart, sense of humor, and his devotion to those around him, is one of many aspects that will be cherished about him. Daniel was a Grandson, Son, Father, Husband, Brother, Grandfather, Uncle, Cousin, Friend, and we take comfort in our memories surrounding him. He will be deeply missed. Funeral services for Daniel are being held privately at the convenience of the family. All arrangements are under the direction of Tilghman Funeral Home, located at 52 New Egypt, NJ 08533.