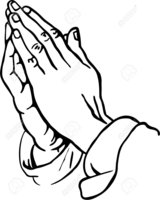 Shirley Taylor, age 65, of Cream Ridge, NJ; graduated to her heavenly home to be reunited with her parents and siblings on October 19, 2021 at 3:13PM Shirley was born on, May 6th, 1956, one of 13 children born to the late Willie and Zemoria Warthen, in Jacksonville, Florida. She graduated from Allentown High School, afterwards furthering her education and becoming a registered nurse. Shirley worked at Deborah Hospital and Buttonwood Hospital as a nurse. She would later open her own restaurant in Wrightstown, NJ, called Toasty Strawberry. Shirley was quite dainty, the ultimate girly girl. The beauty Shirley exuded lit up every room she entered and was admired by all who saw her. Shirley took pride in her appearance, she loved fashion, jewelry, and nice things but also loved teaching her nieces how to be "a lady." Shirley had a free and infectious spirit. She enjoyed socializing, attending family gatherings, living in different locations and candy haha! Shirley was a truly amazing friend. Laughter was always her best medicine. Shirley settled in Browns Mills, NJ where she became a wife and a mother to her son Leroy Taylor. Shirley was preceded in death by her parents, Willie and Zemoria Warthen; four sisters, Joyce Smith, Lenoria Warthen, Darlene VanCliff-White, and Wilamina Stewart. She leaves to cherish many memories, one song, Leroy Taylor, two bonus kids, Joshua Warthen and Clayanna Warthen; six brothers, Mack Junior, Michael, Timothy, Jeffery, Frederick, and Curtis Warthen; six sisters, Willa Mae, Paulette, Doris, Marcy, Wendy, and Rosemary Warthen; and a Host of nieces, nephews, friends, and family. We will never say Goodbye to our Shirley but we are saying, see you on God's time. We will miss you dearly