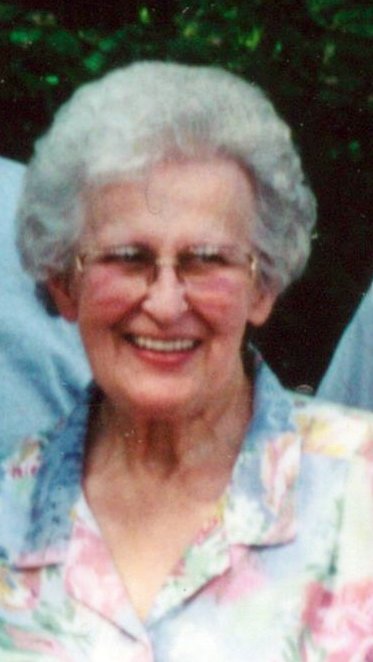 Anne M. South, age 90, of North Hanover, passed away peacefully on Sunday, August 25, 2019 at her home. She was born in Trenton, New Jersey on December 23, 1928. Anne grew up in the Trenton area until she married the love of her life, Frederick Jimmy South, in 1957 and the couple moved to North Hanover. She was a member of the Plumsted Presbyterian Church for many years. Anne was a very giving and generous person. She spent thousands of hours making thousands of pillows for patients to hold which were later delivered to local hospitals. Anne had many talents such as painting and having a green thumb in the greenhouse but she loved being a florist. She and her husband owned and operated Hidden Gardens Florist in Wrightstown, which opened in the 1970’s. Anne enjoyed all aspects of being in the flower shop and was an incredible designer. Among all things, Anne was a loving a devoted wife, mother, sister, grandmother and friend who will be sorely missed.

She leaves behind her daughter, Jeri Severns and husband James of Wrightstown; grandson Aaron Severns; two brothers, Walter and Raymond; two sisters, Patricia and Lorraine and their families; along with several other extended family members and friends.

Relatives and friends are invited to gather on Thursday, August 29, 2019 from 7PM to 9PM at the Tilghman Funeral Home, located at 52 Main Street, New Egypt NJ 08533. A funeral service will be held on Friday, August 30, 2019 at 10AM at the funeral home with burial to follow at the Jacobstown Cemetery. In lieu of flowers, donations can be made in Anne’s memory to the Plumsted Presbyterian Church, 14 Front Street, New Egypt NJ 08533.

Share Your Memory of
Anne
Upload Your Memory View All Memories
Be the first to upload a memory!
Share A Memory
Plant a Tree