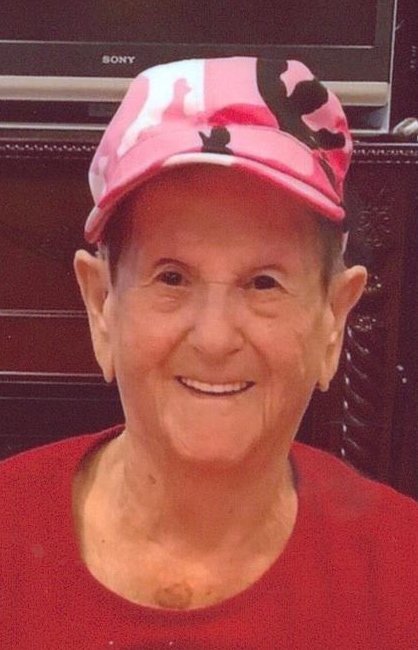 Margaret “Peggy” E. Von Schmidt, age 88, of Waretown and formerly a longtime resident of New Egypt, passed away peacefully on Saturday, December 1, 2018. Peggy was born and raised in Trenton to the late Albert and Erma Tranter and moved to New Egypt in 1963, where she and her husband raised their family. She worked as a soldering technician for Mirco-Air in Allentown for several years and enjoyed her time home raising her six children. Peggy enjoyed traveling, crocheting, reading and spending time at the bay. She was also known for her pink camo hat and cheering on the Eagles, Flyers and Phillies. Peggy was a loving wife, mother, grandmother, great-grandmother, sister, aunt and friend who will be deeply missed.