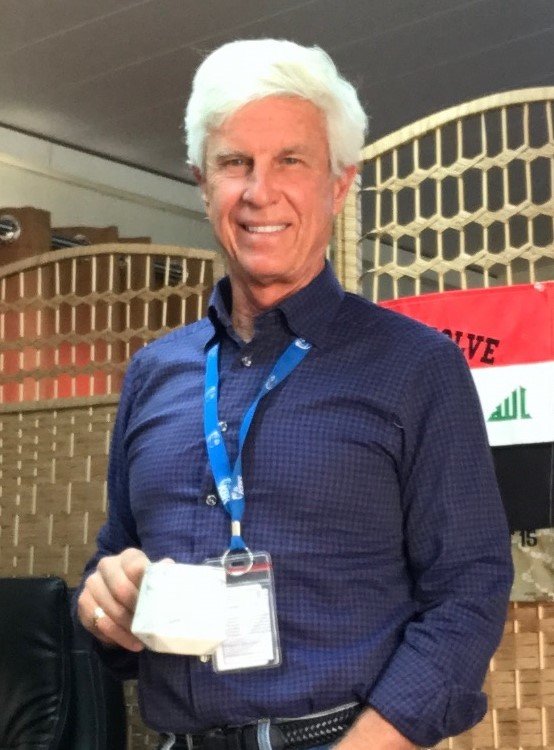 Please share a memory of Wayne to include in a keepsake book for family and friends.
View Tribute Book
Wayne E. Lanham, age 67, of Asbury Park and formerly of New Egypt passed away Friday, June 11 at Hackensack University Medical Center in Hackensack, NJ. Born in San Diego, CA, Wayne was a longtime resident of New Egypt before moving to Asbury Park five years ago. Wayne proudly served in the US Navy as an electrician’s mate during the Vietnam War and was deployed as a reservist with the Navy Seabees during Operation Iraqi Freedom. After his military service he continued to support the Troops in the Middle East and Eastern Europe since 2003 with his job as a Senior Project Manager in engineering and construction with KBR, Inc. in Houston, TX and Dubai, a job he loved doing. Wayne was a parishioner at the Church of the Assumption in New Egypt, a member of the Knights of Columbus and the Fleet Reserves Association. He enjoyed yoga, running, ice climbing and fishing. Wayne was an all-around adventurer. Wayne was predeceased by his mother, Betty Jean (Aldridge) Lanham. He is survived by his wife of 42 years, Annette “Nettie” (Blanda) Lanham; a daughter, Elizabeth Anne Lanham and partner Matt Vogios of Seaside Park, NJ; and a son, Stephen Lanham and wife Jennifer of New Egypt; three grandchildren, Sophia, Vincent and Cecilia; his father, Rev. Emmett Lanham and wife Ruth of Somerset, KY; a brother, David Lanham of Somerset, KY; a sister, Darla Denham and husband Nathaniel of Eubank, KY and his In Laws, Anthony and Doris Blanda of New Egypt. A funeral service for Wayne will take place on Tuesday, June 29 at 8:00 PM at the Tilghman Funeral Home, 52 Main Street, New Egypt, NJ 08533. Calling hours will be on Tuesday evening from 5:00 to 8:00 PM at the funeral home. Burial will be private at the BGWCD Veterans Memorial Cemetery in Wrightstown. In lieu of flowers, memorial contributions in Wayne’s memory can be made to Asbury Park Dinner Table (Supporting Local Restaurants/Feeding Local Families) www.asburyparkdinnertable.org/donate, this is an organization Wayne cared very much about.
Print
Tuesday
29
June