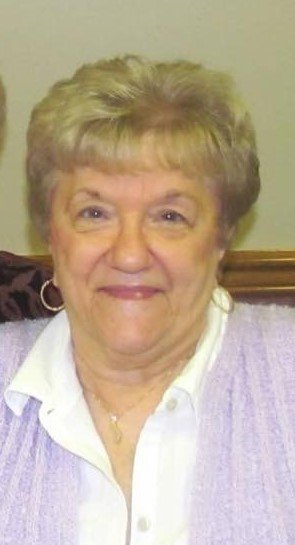 Please share a memory of Gloria to include in a keepsake book for family and friends.
View Tribute Book
Gloria J. Kelly, age 84, of New Egypt passed away Friday, July 23 at home. Born in Trenton, NJ to the late Stephen and Julia (Sargo) Rehak, she was a resident of New Egypt since 1960. Gloria enjoyed trips to Atlantic City and spending time with her family. She is survived by a son, Robert Kelly of New Egypt; a daughter and son-in-law, Kimberly Kelly and Angelo Coniglione of Toms River; two grandchildren, Jamie Moyle and husband Justin of North Carolina and Dara Kelly of Chesterfield and four great grandchildren, Jaxon and Jayce Moyle and Haylei and Averi Ryan. A memorial service for Gloria will be held at a later date. Arrangements are under the direction of the Tilghman Funeral Home in New Egypt.
Print
Online Memory & Photo Sharing Event
Online Event
About this Event