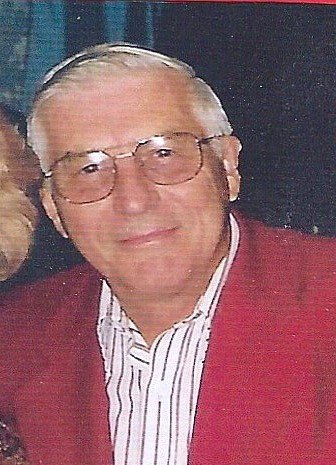 Please share a memory of Robert to include in a keepsake book for family and friends.
View Tribute Book
On Saturday July 17, Robert Martin Beauregard (Bob), loving husband and father, passed away peacefully at the age of 90. Bob was born on September 16, 1930 in Ridley Park, Pennsylvania to Elizabeth and Martin Beauregard. In 1948 he graduated from Sayreville High School in New Jersey. Bob worked for Johnson & Johnson until his retirement in 1989 after 37 years of service. Bob married the love of his life, Margaret (Peggy), in 1973. Bob was committed to his Presbyterian faith. He was an avid golfer, member of the South River Lions Club, and sang in the Imperial Music Center choir. He also loved to travel, especially with Peggy at his side. Bob was preceded in death by his father Martin, his mother Betty, and his beloved younger brother Ken. He is survived by Peggy, his wife of 48 years, daughter Anne Beauregard Lane, son James and grandsons Ricky and Beau Lane as well as numerous cousins, nephews, a niece and their extended families. His life will be celebrated with a private Military Funeral Honors and Committal Service at the Washington Crossing National Cemetery in Newtown, PA. In remembrance of Bob’s life, the family asks that any charitable donations be made to the Lions Club International Foundation.
Print
Online Memory & Photo Sharing Event
Online Event
About this Event