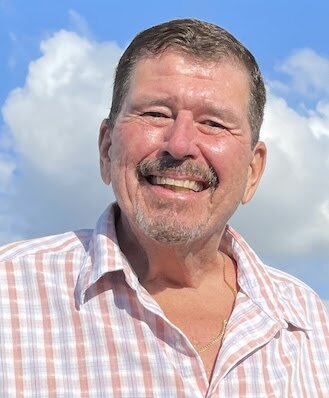 Please share a memory of Elgin to include in a keepsake book for family and friends.
View Tribute Book
Elgin Lemmon passed away suddenly on November 30, 2021. He was 72 years old. Elgin was born in 1949 to parents Elgin and Helen Lemmon. He was predeceased by his father and mother and his brother-in-law Charlie Sansevere. He is survived by his sisters Gail Lemmon, Helen (Gary) Quinlan, Laurie Sansevere, Linda Cochrane, and brother Alan (Janet) Lemmon, daughter Lisa (Dan) Riso, sons David (Shannon) Lemmon, Elgin Lemmon III, John (Joanna) Lemmon, Joseph (Nikki) Lemmon, his grandchildren Kyle, Daniel, Matthew, Ava, Lily, Hope, Paul & Lucy, and many nieces and nephews. Elgin lived most of his life in New Jersey, having graduated in 1967 from North Bergen High School. He served in the Navy for 4 years and was honorably discharged as Petty Officer Third Class. He worked as a taper and was a member of the International Union of Painters and Allied Trades, Local Union 1976. Upon retirement he moved to Naples, FL where he enjoyed playing cards, riding his bike and hosting visitors. His friends and family lovingly called him Big Guy. It was a fitting nickname because everything about him was big, including his love and his heart. He kept in touch with his family daily and would always make them laugh. He also liked to keep up on world politics and would post memes on social media every morning. He was a huge New York Giants football team fan and won the family fantasy football league in 2020. A funeral service for Elgin will be held on Thursday, December 9, 2021 at 11:30 AM at the Tilghman Funeral Home located at 52 Main Street, New Egypt, NJ 08533. Visitation will be held from 10:00 AM to 11:00 AM at the funeral home. He will be laid to rest with his mom and dad at Brigadier General William C. Doyle Veterans Memorial Cemetery. In lieu of flowers the family suggests donations be made to Wreaths Across America https://www.wreathsacrossamerica.org/ or Wreaths Across America, PO Box 249, Columbia Falls, ME 04623 or another Veteran’s organization of your choosing.
Print
Thursday
9
December