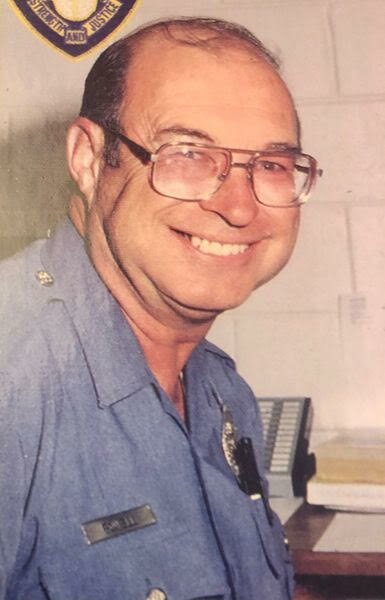 Please share a memory of Clarence to include in a keepsake book for family and friends.
View Tribute Book
It is with great regret that it has become necessary to announce the passing of Clarence Brooks Powell III, age 78 of New Egypt, on January 12, at home. Born in McAllen, TX, he lived in New Jersey for most of his life. Brooks served as a Patrol Officer with the Hopewell Township Police for over 30 year retiring in 2001 holding Badge Number One. Ever dedicated, he was the recipient of several Department Awards for outstanding achievement during his career. Brooks was an Air Force Veteran and a Life Member of the Union Fire Company and Rescue Squad. He was a classic car, street rod and motorcycle enthusiast. Predeceased by his mother, Dorothy; Brooks is survived by his wife Deborah; his sons, Kyle Brooks Powell, Robert McGuire and his wife Noelle, and Michael McGuire; his grandchildren, Danielle, Caitlyn, Riley, McKenzie and Aiden Brooks. A memorial gathering will be held on Friday, January 21, from 10:00am until 12noon at Tilghman Funeral Home 52 Main Street New Egypt, NJ 08533 with a service beginning at 12noon in the funeral home.
Print
Friday
21
January