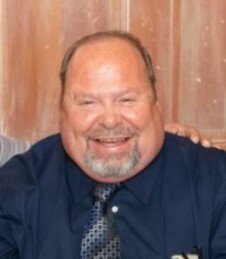 Please share a memory of James to include in a keepsake book for family and friends.
View Tribute Book
James David Conover, age 71, resident of Wrightstown, passed away peacefully on Thursday, January 13, 2022 at Capital Health Medical Center in Hopewell with his three sons by his side. Going by Jim to those that knew him, Jim was born December 7, 1950 in Trenton, New Jersey to John and Ruthe (nee Gaskell) Conover of Hopewell, NJ. While Jim’s parents and siblings relocated to Pennsylvania, Jim remained a lifelong New Jersey resident. Jim worked for Princeton Plasma Physics Laboratory for over 40 years, finally retiring in the fall of 2017. An avid gardener in his spare time, he also loved coffee and nuts, bowling, traveling, especially camping with his sons, fishing, boating, watching football and was a diehard New England Patriots fan. He was a pianist and an accomplished vocalist, being selected to the New Jersey All-State Chorus in 1968. He was a loving father, grandfather, brother, uncle, and friend that will be deeply missed. Jim is predeceased by his parents John and Ruthe Conover, and brother Gary Conover. He leaves behind his four sons, James Scott Conover and his wife Kelly of Castle Rock CO, , Christopher J. Conover of Wrightstown, NJ, Ryan M. Conover of Wrightstown, NJ, and Andrew R. Conover of Bensalem, PA; his grandson, Joshua; his sister Gail Maulsbury of Rehrersburg, PA; his sister-in-law, Evelyn Conover of Factoryville, PA; along with several loving nieces and nephews. A funeral service for Jim will be held Saturday, January 22, 2022 at 1 PM at Tilghman Funeral Home, 52 Main Street, New Egypt, NJ 08533. Calling hours will be held Saturday January 22, 2022 from 11 AM to 1 PM at the funeral home. In lieu of flowers, memorial contributions in Jim’s name can be made to the American Kidney Fund, 11921 Rockville Pike, Suite 300, Rockville, MD 20852. www.kidneyfund.org
Print
Saturday
22
January