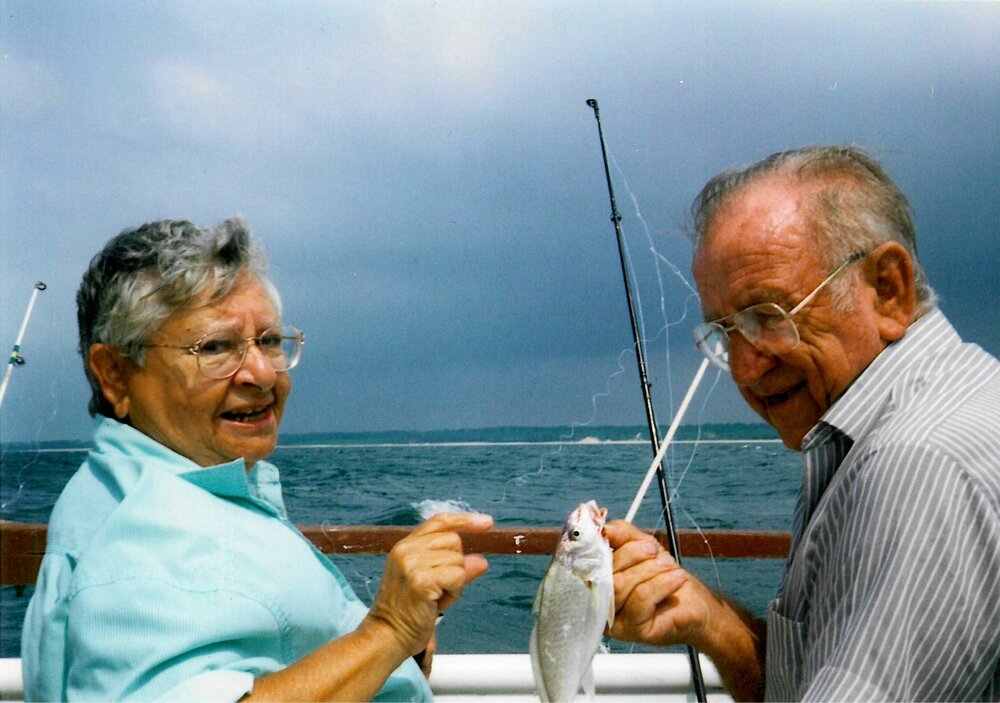 Make Donation
Share this Tribute:
Share Obituary:
Share Your Memory of
Alice "Peggy"
Upload Your Memory View All Memories
Be the first to upload a memory!

Please share a memory of Alice "Peggy" to include in a keepsake book for family and friends.
View Tribute Book
Alice “Peggy” R. Horner, age 92, of New Egypt, passed away on Friday, June 24, at Bartley Healthcare Center in Jackson. Born in New York, she was a longtime New Egypt area resident. Peggy was a New Egypt school bus driver for over 40 years. She loved to go fishing with her husband and grandchildren, enjoyed feeding the birds and deer in her yard and cherished spending time with her family. She was a communicant of the Church of the Assumption, New Egypt. Peggy was predeceased by her husband Clifford Horner Jr. in 2003. She is survived by her son, Clifford “Mickey” Horner III and his wife Jean of New Egypt; her 5 grandchildren and their spouses, Clifford Horner IV and Christine of New Egypt, Brian and Molly Horner of Jacobstown, Erin and Kelly Horner of Arizona, Jason and Heather Horner of Galena, Maryland, and Jenny Horner Rich and her husband Joseph of New Egypt. Peggy also leaves behind 12 great grandchildren, Clifford “Mickey” Horner V, Sean, Derek, Angela, Noah, Owen, Riley, Logan, Joseph, Victoria, Roxie Jean, and Mabel Rose. Services for Peggy will be held privately at the convenience of the family and are under the direction of Tilghman Funeral Home 52 Main Street New Egypt. Contributions in Peggy’s memory may be made to Church of the Assumption and the Parish of St. Isidor the Farmer 76 Evergreen Road New Egypt, NJ 08533.
Print
Online Memory & Photo Sharing Event
Online Event
About this Event