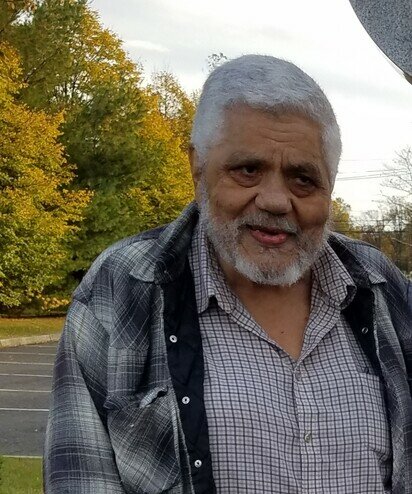 Please share a memory of Stephen to include in a keepsake book for family and friends.
View Tribute Book
The Monclova family regrets to announce the passing of Stephen J. Monclova III of Cream Ridge, NJ. He passed away at the age of 81, on Oct. 1, 2022 surrounded by his family at home after a battle with pancreatic cancer. Stephen was born on November 7, 1940 to Stephen Jr. and Bernice Monclova in Brooklyn, NY. He served in the US Army in Germany during the Vietnam War. Stephen worked as a machine operator for Monsanto Corp. in Yardville for many years before retiring. Predeceased by his parents, Bernice and Stephen Jr., and his sister Coley; Stephen is survived by his wife, Evelyn; his four children, Teresa; Stephen IV; Anjenette and her husband Travis Bailey Jr.; and Jonathan and his wife Alicia Monclova; his eight grandchildren, Nicholas, Bryanna, Tanesha, Travis Jr., Erica, Diana, Stephen V, and Lily; his nine great grandchildren, Arianna, Sterling, Atlas, Seyvion, Christian, Demi, Damian, Daniella, and Juan Jr.; his brother, Clifton; four sisters, Ramona, Juanita, Roberta, and Marion; as well as many nieces and nephews. Relatives and friends are invited to attend a visitation on Wednesday, October 5, 2022 from 12:00noon until 2:00pm at Tilghman Funeral Home 52 Main Street New Egypt, NJ. Burial will follow in the Brig. Gen. WC Doyle Veterans Memorial Cemetery, 350 Provinceline Rd. Wrightstown, NJ.
Print
Wednesday
5
October