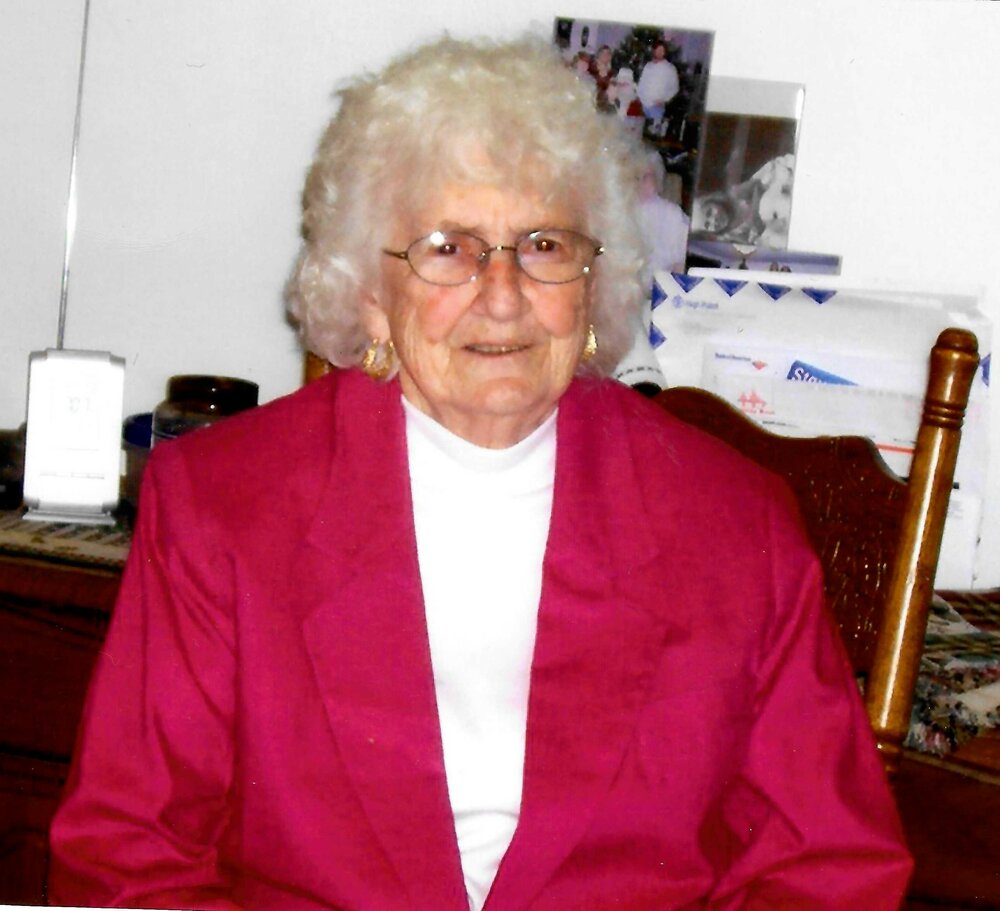 Please share a memory of Ada to include in a keepsake book for family and friends.
View Tribute Book
Ada G. Roberts, age 94, longtime area resident of Cream Ridge, formerly of Hamilton Township, passed away on Friday, December 23, 2022 at home. She was born in Trenton, NJ on July 2, 1928 to the late George and Florence (nee Salt) Goldenbaum. Ada was a member of Chesterfield Baptist Church, and a member of the New Egypt Township Committee. She worked as a medical secretary for Local 9 Plumbers Union. Ada enjoyed going to Pandora Diner for lunch. She adored her children, grandchildren, and great-grandchildren. Ada is predeceased by her beloved husband, Clarence L. Roberts; her daughter, Kim Gardner; her parents, George and Florence Goldenbaum; and several brothers and sisters. She leaves behind her three children, Darryl Moro of Whiting, Michele Robson and husband Derwood of Hamilton, and Michael Roberts and wife Bobbi of Cream Ridge; ten grandchildren; seventeen great-grandchildren; and her brother William Goldenbaum. Funeral services for Ada are being held privately at the convenience of the family. All arrangements are under the direction of Tilghman Funeral Home located in New Egypt.
Print
Online Memory & Photo Sharing Event
Online Event
About this Event